Boom Arts' presentation of She is King was a major cultural event and community project rolled into one. Here is our story!

She is King kicked off with  Ball Kids workshops! Our local youth participants learned about Billie Jean King, feminism, how to work a real camera, and choreography for the show. For lunch: delicious sandwiches from Subway, our sponsor for the Ball Kids program! 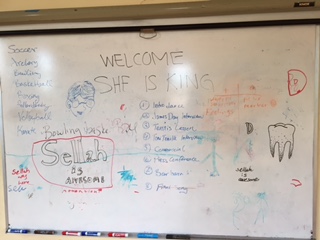 While our crew loaded in the set for the show into CoHo Theatre, historian Jan and her team installed original historical timelines (on 100 Years of Gender Equity in Oregon and on Billie Jean King) in our lobby, and volunteers Devan and Susan were putting up our special exhibition of archival NIKE posters.
When the Ball Kids got into the theatre, they participated in tech rehearsals with all the visiting artists. 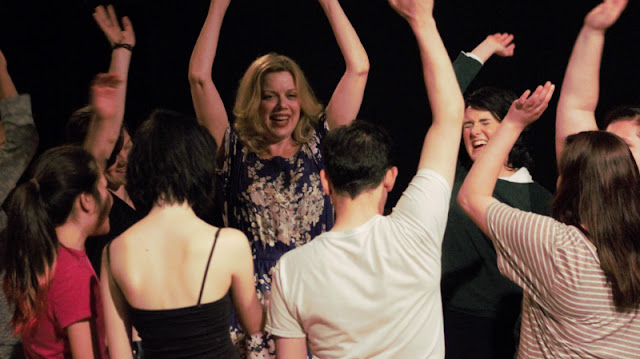 Then it was showtime! The audience arrived, young and old, welcomed with a tantalizing menu of raffle prizes thanks to sponsors NIKE, Barre3, Title Nine, Big 5 Sporting Goods, the Rose City Rollers, the Fighting Fillies, & more!

600 Portlanders saw She is King. Wow!

And Mary, Kim, & Sophie-- a Ball Kid whose ticket was purchased for her by a kind stranger at the last performance-- won the raffle, which benefited Boom Arts and Girls Inc. of the Pacific NW. 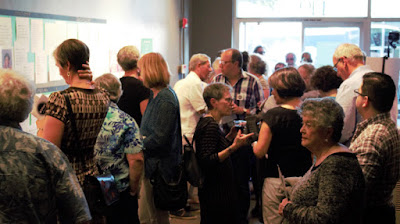 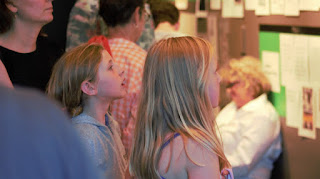 She is King was a hit! Here's what the critics wrote:

"a delightfully streamlined, deceptively simple look into the career of Billie Jean King...with none of the window dressing bloat of a biopic, or a more traditional play.
As King, the play's creator, Laryssa Husiak, mirrors her subject's words near-perfectly, and brings a warm, open energy to the role. The other actors—Gelb as James Day and King's ex-husband, Larry (yes, that one); and Louisa Bradshaw as her female TV interviewers—are uniformly stellar, and the cast is joined by five local girls between the ages of 10 and 16...
...I thought it would be good; I wasn't expecting it to be so funny....But it's important to point out that the laughs this show got were all at the deserved expense of sexist jerks. It's funny, yes, but there's an unmistakable undertone of bleak catharsis; this isn't broad comedy.
One of Boom Arts' distinctions is its regular inclusion of post-show talk-backs...but Boom Arts' spin on the format is refreshingly well curated...
If you've ever subscribed to a Title IX catalog... you should probably get out to see She is King before its short run ends this weekend. And if you have girl-children, you owe it to them to take them with you when you do."
-- Megan Burbank, Portland Mercury
"hilarious, maddening and heartbreaking at times...  a must-see, not only because the docuplay itself is brilliant and engages the audience from beginning to end, but because it highlights one of the world’s greatest living heroes."

And here's what our audience wrote (excerpts from survey responses):

"Thank you for bringing thoughtful strong diverse visions of women to our community."

"This was a powerful and informative piece!"
"[The show found] the heart in recent history."
"LOVE women creating theatre! The TVs & the teens were great!"
"Compelling, well produced, interesting/pertinent talkback. Brava to all."
"It was wonderful to see events in a social justice lens that happened prior to my birth and when I was a young girl."
"I had no idea who BJK was before this."
"Billie Jean King is history and strength."


Each performance was followed by a talkback with She is King artists (Laryssa Husiak in these photos) and special community guests, facilitated by Boom Arts' Ruth Wikler-Luker (also pictured).
Not pictured: June 5 NIKE panel; speakers listed below.
Full names/titles of all guests are posted at the bottom of this page.


Audio from these talkbacks will be posted soon HERE.


On Sunday June 7, Dot Hearn and Kathryn Hughes live-interpreted She is King for our deaf & hard of hearing audience: 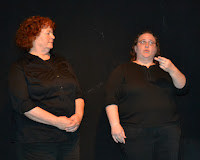 Between performance weekends, our visiting artists gave three offsite workshops-- at David Douglas HS (through Campfire Columbia) in East Multnomah County, at Portland After School Tennis & Education in St. John's, and at Outside In downtown. 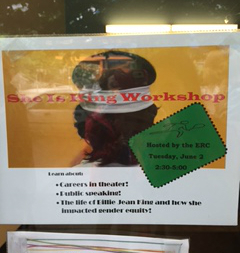 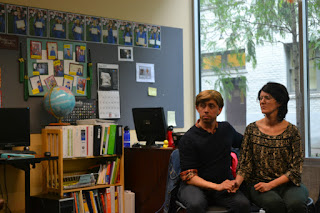 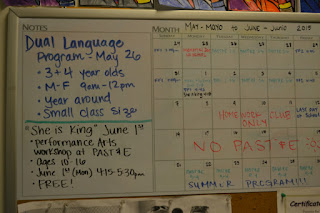 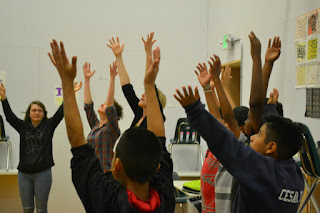 Thanks for a great run, Portland! 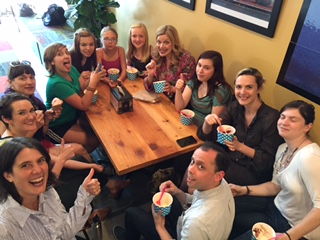 Special Guests for Post-Performance Discussions (many pictured above):

May 29: Tennis in Portland

May 31 (Matinee): Empowering Girls in Portland

May 31 (Evening): Generations of Women Leaders in Oregon


This performance was dedicated to the memory of Gretchen Kafoury

June 7 (Matinee): History of Gender Equity Struggles in Portland I