Story of an Urban Intervention

TeatroSOLO (LONETheater) Portland, a creation of Argentine interdisciplinary artist Matías Umpierrez, consisted of five solo plays performed for one audience member at a time in five sites around the city of Portland, Oregon. 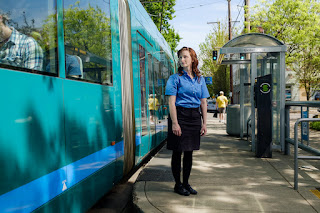 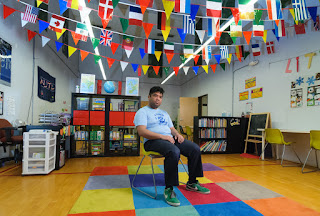 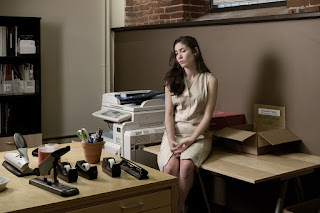 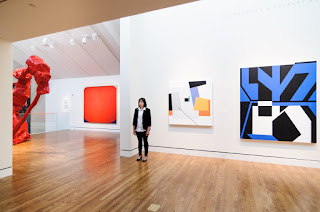 PORTRAIT (Retrato)was performed at the Portland Art Museum by actress Nancy Ellis (not pictured; see below), & 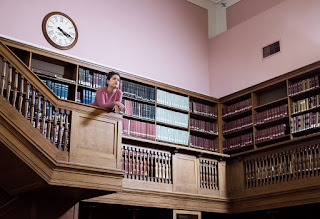 Nancy Ellis (L) and Paige McKinney (R) joined the cast of TeatroSOLO (LONETheater) Portland after the above photos had been taken: 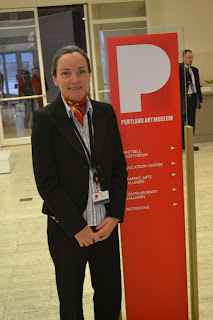 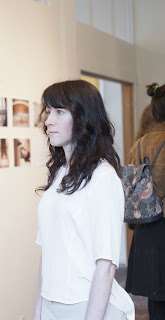 And Steven Smith Teamaker provided in-kind supported the project by sponsoring the tea served in all performances of WISH (Deseo). Thank you! 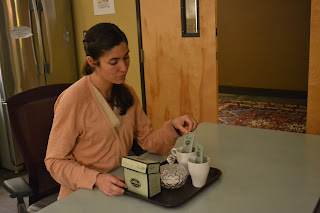 Audiences shared their reflections on TeatroSOLO (LONETheater) in survey responses:

"The level of intimacy and inclusion created by the actor felt like it was created just for me."

"It's a completely different way to experience theater."

"It was such a quick jolt out of ordinary life."

"I absolutely loved it! it was such an emotional experience, so intimate and wonderful!"

ef
c3:initiative, an artist residency center in St. Johns neighborhood, was our primary producing partner for this project. In its gallery, c3:initiative hosted a first-ever photo exhibition on TeatroSOLO (LONETheater) and its seven global iterations, from its beginnings in the tiny Pyrenees town of Graus, Spain to the mega-urb of São Paolo, Brazil. The exhibition included photos from each city as well as Mr. Umpierrez' series of video trailers and subtitled footage of audience reactions from around the world. 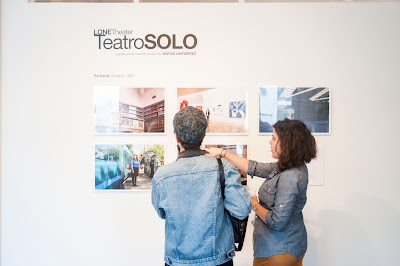 To offer context and bring community together around this unique project, Boom Arts and c3:initiative welcomed guests to free public programs inside the exhibition, which was on view from April 16-May 14, 2016. An artist talk with Mr. Umpierrez himself opened the exhibition:
(L to R: Shir Ly Grisanti, Director, c3:initiative; artist Matías Umpierrez; and Ruth Wikler-Luker, Curator & Producer, Boom Arts) 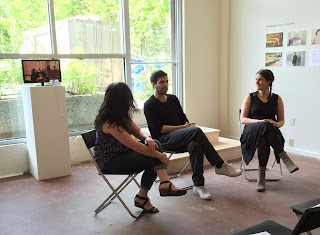 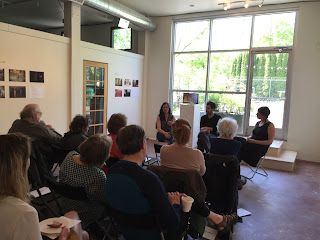 A conversation between theatre artist and scholar April Sweeney, who joined us for the project from New York, and social practice artist Patricia Vazquez of Portland was a vital opportunity for audience members to reflect on their experiences: 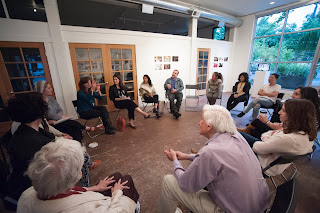 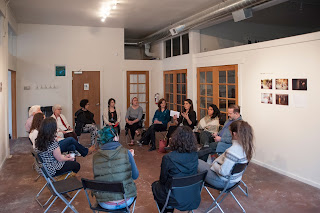 And an Open House/Closing Reception, designed by Patricia Vazquez Gomez and held in conjunction with the St. Johns Bizarre (a neighborhood-wide fair) offered audiences a chance to connect with more of our TeatroSOLO artists and community partners: 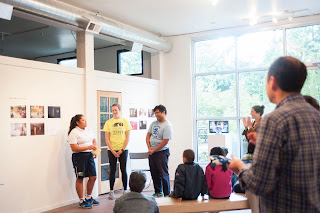 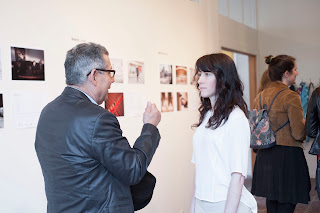 As well as to participate in an interactive reflection exercise on the value of intimacy in today's world, created by Ms. Vazquez: 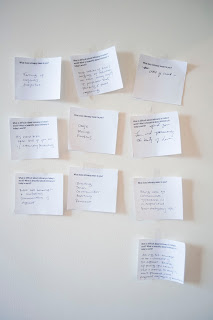 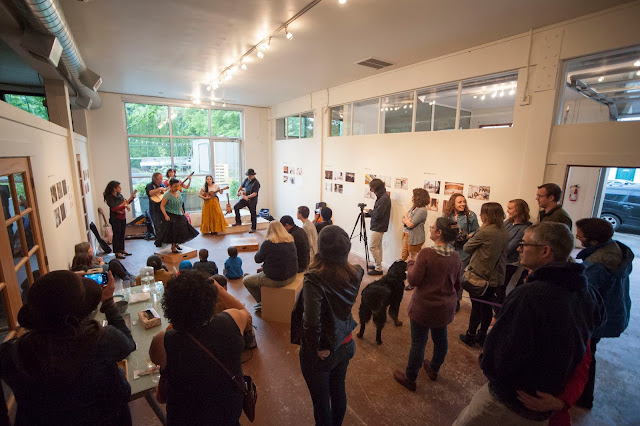 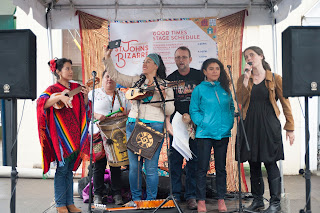 Thank you to everyone who participated-- artists, partners, audience members-- for being part of this unique project!